The book, American Art, published by the New York Graphic Society in 1960, states, "In more formal fields of painting, the leading associates of the Negro Renaissance and the fertilizing Decade have added durability to competence. Some are dead, some are still active, but all will be gratefully remembered in the history of Negro art: William Carter, Allan Crite, Palmer Hayden, George Neal, William Edouard Scott in particular."

Because no art school in Missouri would accept Black students, upon graduating high school Carter received a Missouri State Scholarship that enabled him to attend The Art Institute in Chicago. Arriving in Chicago, from his native St. Louis, in 1930, Carter began his serious training at The Art Institute.  For a while he earned his room and board working as a live janitor at the Palette and Chisel Club; a private club for white only artists.  (He was made an honorary member in 1986.)   He also worked at the WPA, which gave him access to major galleries and a stipend. After that, he painted for the Black community, a patronage that included everyone from policy-wheel operators to preachers. During the late 30’s and early 40’s he taught art at the historic South Side Community Art Center in Chicago. While in his forties, he returned to the University of Illinois to complete a bachelor’s degree that he began 20 years earlier. Upon graduation he worked many years as a substitute teacher while continuing to create his own work.

In his 80's, Carter was still energized with an artistic spirit supported by a dedicated discipline. Once awake, usually around 5 p.m., the creative process continued, often until dawn. As Margaret T. G. Burroughs (founder of The DuSable Museum, Chicago) put it, “His strong artistic statements are clear evidence of a devotion that served the artist well, and drove him, for over 50 years. Carter spent his entire life fulfilling his childhood dream to be a painter. His life long search for beauty is especially poignant because of what he had to endure while following his muse. Carter’s presence on the Chicago art scene represents more than 60 years of creative visual expression. ... What a wonderful legacy he left”. To encounter a William S. Carter painting is an opportunity to experience the artistic energy and vision of a man who would not let his dream die. 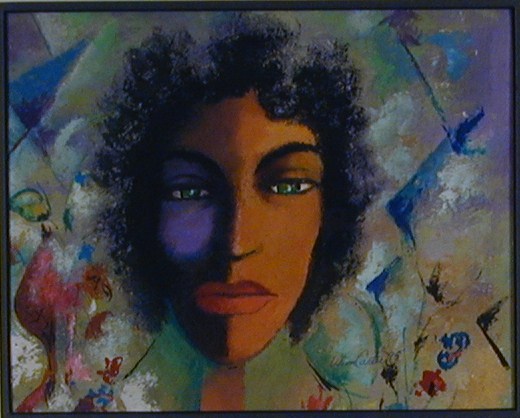