There is to be observed in American still-life painting of the nineteenth century a lively passion for clarity of form and a convincing way of making a visual statement that shows how well nature and related objects were seen by the artist and also felt and understood. Nowhere is this observation more astutely adhered to than in the work of Charles Ethan Porter, a Rockville, Connecticut painter. The competency of Porter's style and the profound way he saw nature, particularly in the form of still-life painting, set him apart as an artist of fine sensibilities. It is in still-life painting that Porter joins the ranks of black artists Duncanson, Bannister, Tanner, and Lewis, by pursuing with commensurate skill the arrangement of flowers and fruits in the same manner that these artists understood nature as revealed in landscape painting or in the use of the human figure in religious or heroic subjects. Although Porter was born in the same era as these artists, his art has not received the critical attention given to their work. His relative obscurity until recent years is perhaps due in part to the fact that his work had little exposure outside the Springfield, Hartford, and Rockville communities, where he lived during the most productive years of his life. It is also due in part to the fact that Porter, like Bannister, Lewis, and Tanner, experienced racial prejudice in his day. Artists of color were often neglected because of their race and more often were rebuffed when they tried to exhibit their work in the exhibition halls of the nation. Although his art was seldom exhibited and relatively unknown until recent years, there now has occurred a lively interest in the life and work of Charles Ethan Porter, one of Connecticut's black artists. This healthy revival of interest, though long overdue, will add immeasurably to our appreciation and understanding of the role that artists of African ancestry have played in American art. 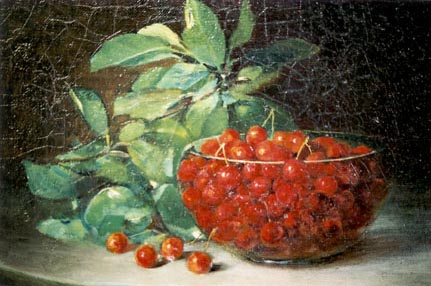