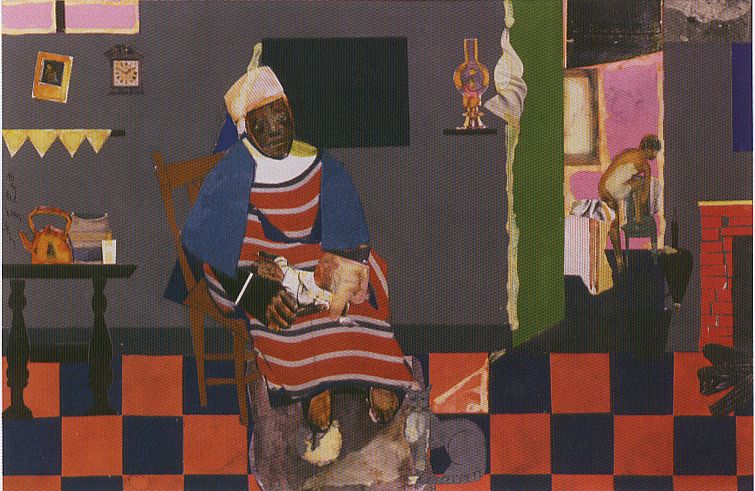 Essie Green Galleries features the works of Black Masters such as Romare Bearden, Charles Alston, Lois Mailou Jones, Jacob Lawrence, Norman Lewis, Henry Ossawa Tanner, Charles Ethan Porter, Edwin Bannister, Allen Stringfellow Sam Gilliam Alma Thomas, William S. Carter and many other artists of the 19th and 20th centuries. We also are contributors and exhibitors at distinguished institutions such as The Smithsonian in Washington D.C., The High Museum in Atlanta, and The Schomburg Center for Research in Black Culture in New York, the College of William and Mary in Virginia, The Wadsworth Athenaeum in Hartford CT, the Studio Museum in Harlem and The Katzen Center at American University in Washington D.C.

Our first gallery opening took place on December 15th, 1979 in Park Slope.  Because of the rapport with Bearden he became our mentor and advanced our knowledge of the history and tradition of Black art in the United States.  He encouraged us to devote our talents to establishing a gallery dedicated to the work of the Black fine arts masters and the result was the foundation of Essie Green Galleries. Our travels with Bearden and his wife, Nanette, and intimate friendships with artists Jacob Lawrence and Lois Mailou Jones and art dealer/artist William S. Carter uniquely sensitized us not only to the history and culture, but more importantly, to the personal experiences that were the essence of their work. As dealers, we specialize in building the collections of many prominent art enthusiasts from the worlds of business, finance, public service and entertainment.

The gallery has appeared in television programs on ABC, CBS, NBC, HGTV, PBS and A&E. Articles about the gallery have been written in The New York Times, The Washington Post, The Baltimore Sun as well as several magazines.

We have celebrated continued growth since moving, in 1989, to the Sugar Hill area in Harlem from Brooklyn and have become a centerpiece of the new renaissance in Black culture not only in New York but throughout the whole of America.